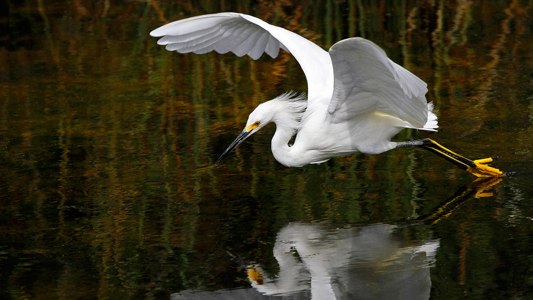 AN ORGANIC VINEYARD WHICH IS HOME FOR EVERYONE

I got up early this morning.

Sometimes, before my workday starts, I like to walk in the vineyard at dawn, when the first break of light appears and the nature slowly wakes up.

This morning the dawn was terrific and  I was totally immersed in it, but suddenly a wing beat noise took me back to the reality. A fine specimen of white heron appeared at my back.

It was still, staring at me, challenging me.

From its point of view I am not the vineyard owner; I am not the owner of anything here, I am just an intruder that has invaded its territory.

At this point, I started to think that maybe it is right. Indeed, who came first? Mankind’s vineyards or the heron? Humans started to cultivate the vine just in the 5.000 b.C, whereas birds and other animals have been living on this planet for millions of years. By following production or sustenance exigencies, we tend to forget this little truth.

As an example of the impact of the agriculture on the environment, not far from my winery you can find the little Olmé wood, a token of the past era. In roman age, it used to run for hundreds and hundreds of hectares, but through the following centuries his surface has been reduced to make way for the agriculture. Nowadays, remains less than 30 hectares of it.

How much flora and fauna variety has been lost because of agriculture? In the recent years we heard about “Natural Farming”; does that term make any sense?

Any kind of agriculture has always some kind of “unnatural” impact on the territory, whether we like it or not. That is because the farmer creates an “artificial” situation that in nature would never generate by its own.

But what we have, is  the chance to decide the size of the impact.

One of the reasons why I have decided to produce Organic Prosecco, instead of conventional Prosecco, is the wish that in the future my children could see the same animals that I  can see every day in my organic vineyard.

In the organic farming the use of pesticides is totally forbidden and, to protect our vines from parasites, we use only alternative techniques, such as “Sexual confusion” technique: thanks to special pheromones we can control the level of the population of a specific kind of damaging insects (especially the terrible Vine Moth).

The “Sexual confusion” technique has the advantage of hitting only the parasites of the vine and this helps to keep a better insects-equilibrium in the vineyard. They are free to naturally compete against each other, and their presence attracts bigger animals in the vineyard. Furthermore, it is important to stress that by not using pesticides we maintain the soil and the grapes uncontaminated.

I know it sounds like a little thing to you, but in my opinion this is an important part to balance up the impact of the agriculture on the territory, a concept that could be summarized in just one word: sustainability .