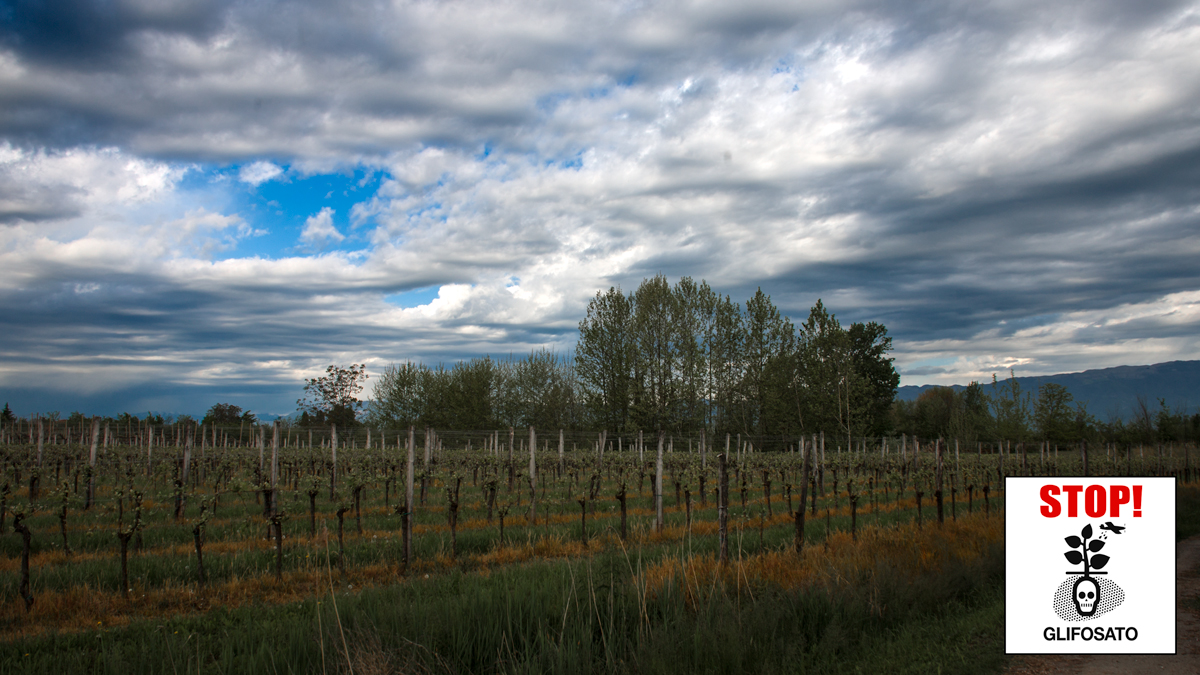 PESTICIDE BAN PROPOSAL IN THE PROSECCO DOC DENOMINATION: MY POINT OF VIEW

Last weekend, Mr Stefano Zanette Prosecco DOC Denomination President, announced an amendment act to the production regulations that will lead to major discussions in the months to come. The amendment, which will affect about 12,000 producers, will prevent those who use some (exactely 3) active substances commonly sprayed on vines from obtaining the DOC denomination.

The Consortium takes stance. Let’s say it, it was high time!

Do you know what Mancozeb, Folpet and Glyphosate are?

The former 2 are almost certainly new to you: they are substances used to fight downy mildew, the most common vine illness.

The latter you might have already heard of: Glyphosate is a herbicidal widely sprayed in conventional viticulture due to its accessible cost and undiscussed “effectiveness”. On the other hand, the WHO International Agency for Research on Cancer deems it carcinogenic and the European Commission is still discussing whether it would be the case to prohibit its usage by law in all Member States.

The Prosecco DOC Consortium would actually anticipate the European Union, banning with its regulation amendment not only Mancozeb and Folpet, but even Glyphosate.

To tell the truth, the Prosecco Doc Consortium decision should be positively welcomed by all organic producers (who have been fighting for years to raise more and more awareness about sustainable production with their example), by those citizens who live in the areas where Prosecco is cultivated, and lastly by the consumers.

In this case too, I think it is extremely important not to be overwhelmed by happiness and to critically analyze everything  (and I guess it’s clear: nobody is happier than me if the tide starts turning this way).

Prosecco is certainly the most famous wine in this moment: 400 million bottles sold all over the world cannot go unnoticed.

The result? More and more consumers and citizens, who live in the areas where this wine is produced, demand guarantees for their health and many buyers from the retailing and distribution industry have started to forbid access to wines produced from grapes cultivated with dangerous substances, such as Glyphosate.

Recently, the Italian investigative TV show Report made a documentary (ITA only) about the usage of pesticides in the Prosecco DOCG vineyards, giving rise to a huge turmoil among producers and Consortiums.

Consequently, I would like to invite everybody to moderate their words: in the past few days, I have read many articles saying that Prosecco will be free from poisons. Poisons. Is Prosecco currently poisoned? I don’t think so.

These nonsense declarations are only negatively affecting the Italian wine image. Producers may produce in conventional, organic or biodynamic viticulture, but it is important to underline that Italian wines are always produced within the law established limits and undergo severe test (and if there are any cheaters, those for sure don’t are the majority of producers).

When one wants to get maximum resonance for a piece of news that affects us all (through newspapers, social media, …), he/she should also worry about being credible.

On the newspapers, I have read that the Consortium aims at forbidding the usage of Mancozeb, Folpet and Glyphosate starting with the spring treatments, but are we ready?

Are we sure, we have the agronomists, technology and trained people to face such a huge change in the Prosecco DOC in such a short time? What are the measures the Consortiums wants to implement? Will a simple guide distributed among the producers suffice?

In any case, I would like to remind everyone that words must be followed by facts. In the meantime, we will keep an eye on what will happen in the next months.

To those asking me: “So is now the whole Prosecco DOC area going organic?”

No, but the Prosecco DOC area made a huge leap forward and has opened the way to a positive process. Organic production is a completely different matter!

I’ll give you an example: the Consortium wants to ban 3 active substances, the list of forbidden chemicals for organic Prosecco production counts about 200!

The Prosecco DOC Consortium has taken an important step, but synergy with the other Consortiums is fundamental. Why have Prosecco Valdobbiadene DOCG and Asolo DOCG Consortiums not followed suit, thus creating a common front?

It is also important to remember that in Italy there also many other Denominations that use pesticides but have not been at the center of public scrutiny.

Do you know how many hectares the Prosecco DOC is?

Is this a classic case of media frenzy?

As usual, I’ll leave the final judgment to you.